Having created, written, directed and produced nearly a 1000 hours of broadcast television over the past 16 years, Jameel Bharmal blends his expertise with the vision of Better Corners, a new ecosystem of content production for emerging platforms.

As head of production, Jameel Bharmal turned Tricon Films & Television from a one series company to one of the largest independent production companies in Canada. His work has sold in over 120 countries.

Presently Jameel is executive producing the series FOOD’s GREATEST HITS that has been renewed for a second season on COOKING CHANNEL in the States. 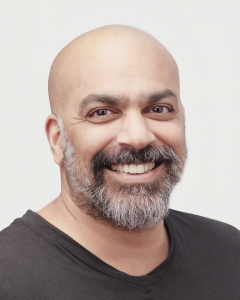