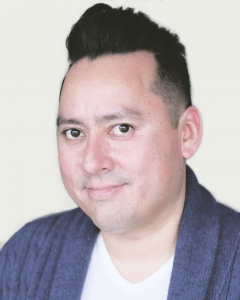 With over 12 years experience working on several critically acclaimed titles as a director in the television industry, Michael Rosas brings a keen story sense as well as the technical know-how to create and execute broadcast-quality content. He has spent over a decade overseeing all the visual branding for the entire Tricon Films & Television roster of production.

Over his career, he has mastered every creative job in the visual content field, consistently bringing that expertise to his management. He also has been the co-creator of industry leading tech both in the 360 production space as well as in digital interactive in-video tools for 2D and 360 VR content.

Michael has worked with almost all of the cable company giants in North America, including E!, HISTORY, BRAVO, HGTV, FOOD NETWORK, FYI as well as all the major providers in Canada.